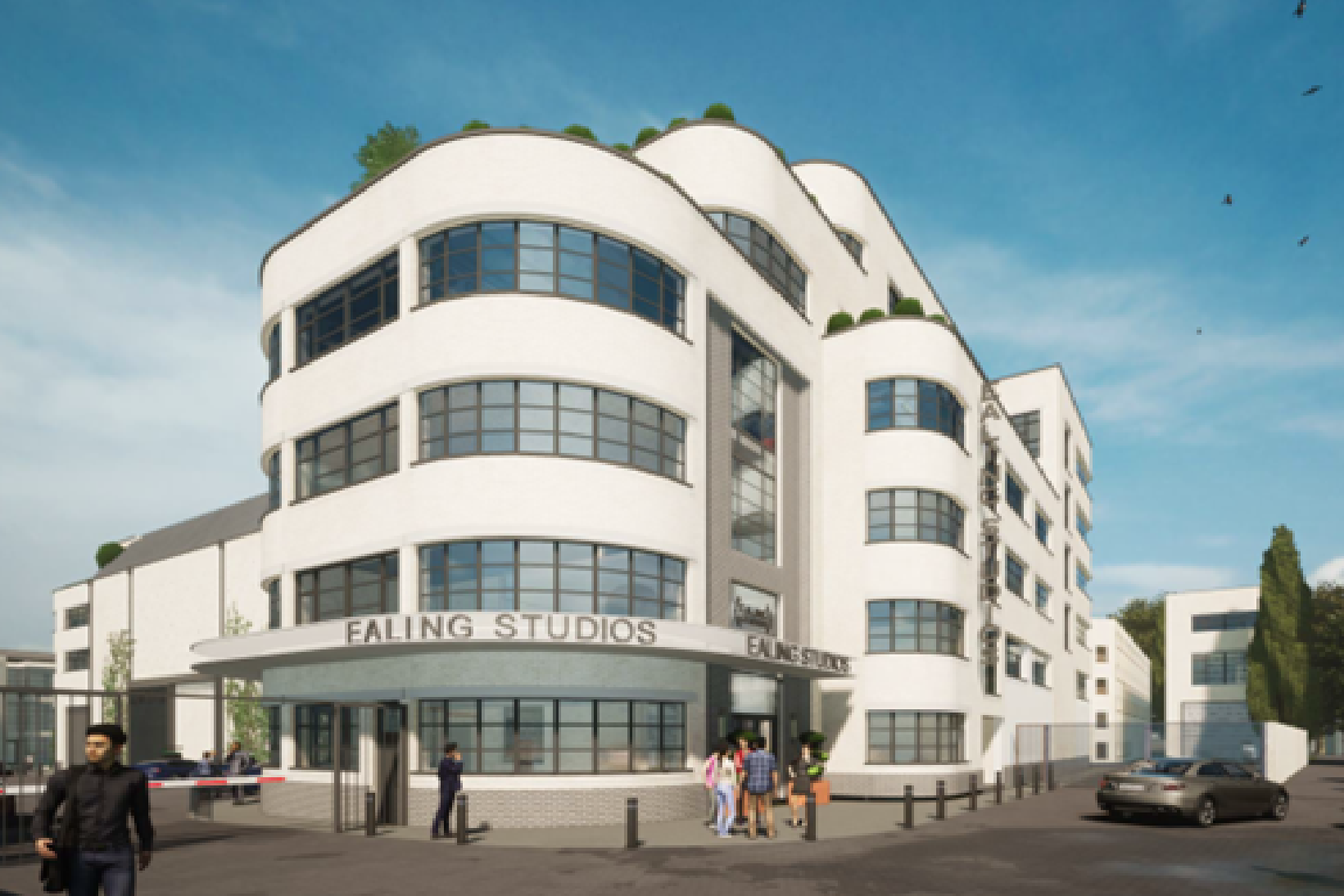 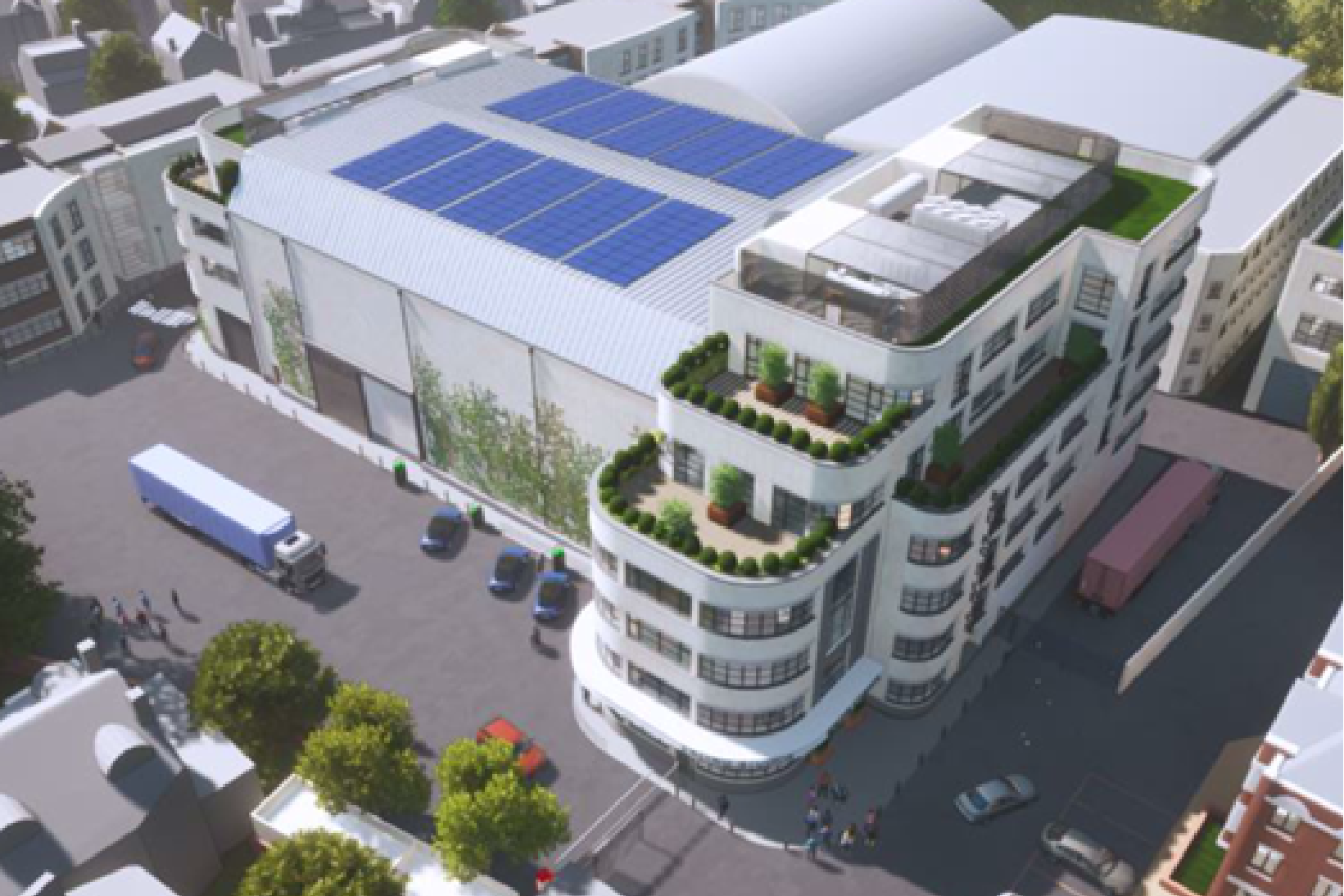 Established in 1902, Ealing Studios is recognised as the oldest continuously working film studios in the world. So far the project already has an amazing track record – Planning approval in record time, high levels of energy and sustainability credentials and an impressive Art Deco design, thanks to Create Design.

The development is considered to be ‘Net Zero Carbon’ by having an improved thermal envelope, highly efficient air-source heat pumps and over 700 sqm of photovoltaic panels, achieving a 100 per cent reduction in regulated carbon emissions.

It is believed that this will be the first NET ZERO CARBON (via on-site renewable technology) film studios complying with the latest Building Regulations ADL2 2021 requirements.

The Studio has produced some truly iconic comedies such as Bridget Jones, Notting Hill, The Ladykillers, Sean of the Dead and many other classics.  In addition, Ealing also has an established music recording studio, having hosted world renowned recorded artists such as Rhianna, Adele, Sam Smith.

Barnaby Thompson, partner at Ealing Studios, has said: “Since the invention of film, Ealing Studios has been at the forefront of every new media revolution – and this is the next stage in our evolution, responding to a need for greater studio space as well as recognising the need to become a more sustainable industry. We thrilled to be celebrating our 120th birthday by building what we believe is the first Net Zero Carbon stage in the UK. We want the Studio to be a home for talent for generations to come.”

Well done to all involved, a fantastic achievement in 2022 on what is Ealing Studios’ 120th Birthday!

It is believed that Ealing Studio will be the first NET ZERO CARBON (via on-site renewable technology) film studios complying with the latest Building Regulations ADL1 2021 requirements. 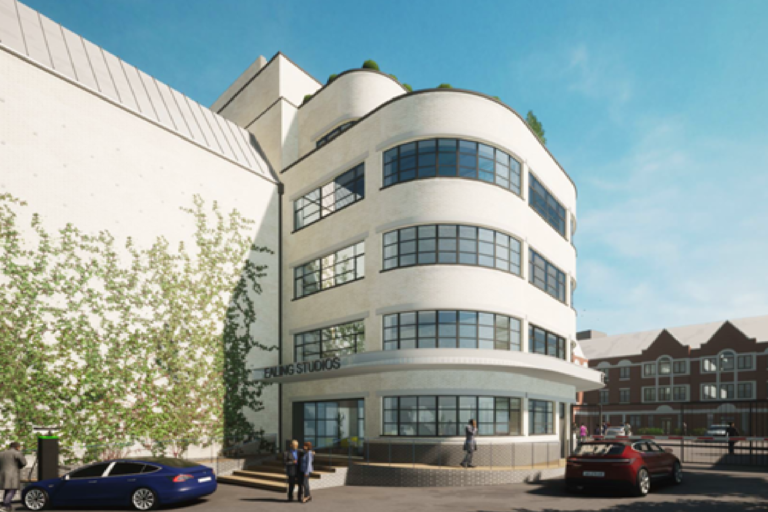 FLATT is a Carbon Neutral Company

This website uses cookies to improve your experience while you navigate through the website. Out of these, the cookies that are categorized as necessary are stored on your browser as they are essential for the working of basic functionalities of the website. We also use third-party cookies that help us analyze and understand how you use this website. These cookies will be stored in your browser only with your consent. You also have the option to opt-out of these cookies. But opting out of some of these cookies may affect your browsing experience.
Necessary Always Enabled
Necessary cookies are absolutely essential for the website to function properly. This category only includes cookies that ensures basic functionalities and security features of the website. These cookies do not store any personal information.
Non-necessary
Any cookies that may not be particularly necessary for the website to function and is used specifically to collect user personal data via analytics, ads, other embedded contents are termed as non-necessary cookies. It is mandatory to procure user consent prior to running these cookies on your website.
SAVE & ACCEPT